Did you know the Equality Act 2010 protects students as well as employees? 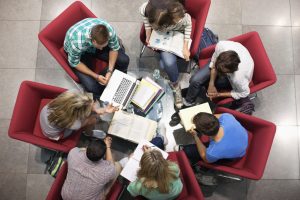 As a Solicitor for almost 20 years specialising in employment law, encountering litigation in respect of cancer in the work place was rare. Disability, yes, on a daily basis, from physical to mental disability but never cancer as a disability. Having looked at the statistics for people being diagnosed with cancer this seems almost impossible but such was my experience.

It is only now that I am an Associate at Working with Cancer that I have regularly started  providing advice to employees who are returning to work, after having cancer. All these incredibly courageous people trying to pick up their lives and find sense in what they had just been through and return to some type of normality. They call it the “new normal,” the post cancer normal, whatever that is. I’m in an interesting position in being a two-times cancer survivor, an employee and an employer, and having represented both as a solicitor, I can now see the bigger picture and can empathize with the people I speak to in a way, I know I could not have done prior to having been through my own journey.

One of the really interesting questions I have been asked lately, is how the rights of students are affected, having had cancer or being diagnosed with cancer while still studying. CLIC[1] Sargent a charity for children with cancer, found in their July 2013 research that, ‘the impact of cancer on teenagers in secondary school was that they feared having to retake the academic year and being left behind. Almost two thirds (64%) of the young people that they spoke to for this report had been in some form of post -16 education since their cancer diagnosis. Around three in five (61%) said that cancer created barriers to their education and over two thirds (67%) “agreed” or “strongly agreed” that they “worried about the impact cancer has had or will have on their education.”