How humour can help put cancer in its place. One person’s antidote 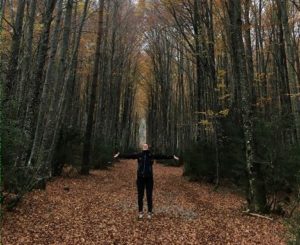 Guest writer, Harmer Parr, was diagnosed with terminal cancer in October 2017.  In this blog, he shows how keeping a sense of humour helped him put cancer in its place.

‘I’ve always been a bit of a fitness freak, and during the spring and summer 2017 I was training for a couple of sprint triathlons I was planning to do in early autumn. Sometime in February I came home from a run and my leg started to ache. I laid off the running for a week and tried again. Same result. The leg would ache for a few days and then appear to be ready for action. It soon proved it wasn’t ….

…..  In the next few weeks I had several scans, an alphabet soup of MRI, CT, PET etc. Finally came the meeting with the consultant. He didn’t quite put on a black hat, but he did have a serious-looking nurse with him. It wasn’t good news. Melvyn the Melanoma had returned, and, typical of the sneaky little devil, had returned where I least expected him. He’d done that last time as well. His latest incarnation was as a bone cancer, and for good measure he’d sprinkled some fairy dust into my liver as well. Basically, I think he’d got fed up with messing around.’

(Harmer Parr is a former teacher and Ofsted inspector.  During his time at Ofsted, he held national responsibility for the development and quality assurance of school inspections, and for leading the work on assessing the impact of Ofsted on the education system).