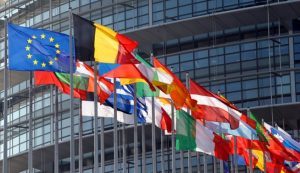 Transforming Breast Cancer Together: A Call for Change

Representatives of the three main political groups in the European Parliament have today launched a ‘Call for Change​’ to transform breast cancer care in the EU.   Th​ey call on EU institutions, EU Member States’ authorities and all relevant stakeholders to invest more in breast cancer prevention, treatment and care in order to ensure that… [Read More]

Barbara Wilson is at the European Parliament in Brussels on 31 January to attend a follow-up session to “An Initiative on Breast Cancer Awareness” Roundtable Discussion, which took place on 8 November 2017.  The purpose of the meeting is to discuss the concrete follow-up actions for the benefit of Breast Cancer Patients in 2018.   A… [Read More]

Barbara was a guest on the Women in Business Radio Show on Thursday 11th January where she was interviewed by Sian Murphy. The interview was packed with information for employers including how to support an employee coping with the physical and psychological side effects of cancer, the practicalities of dealing with chemo-brain and how to… [Read More]

Working With Cancer is taking part in a policy discussion event being hosted in the European Parliament on 8th November. The event brings together Members of the European Parliament, European Commission, EU member States representatives, experts and stakeholders from the scientific community, civil society and industry to discuss how to join forces in the fight… [Read More] 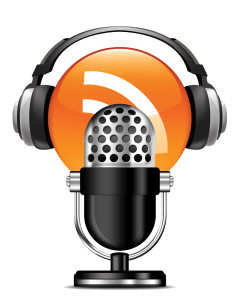 Barbara, our Founder, was interviewed recently by Kat Luckock of Share Impact about the work we do at WWC and how she came to set up the Company. Listen to this podcast about her experience of managing work and cancer, of setting up a social enterprise, and about the work we do to support people… [Read More] 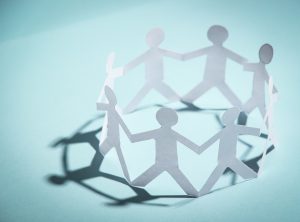 We are running a series of one-day workshops this year for the Lymphoma Association in partnership with Shine Cancer Support.  The first workshop was held in Southampton in March. The second workshop will be held in Manchester on Wednesday 7th June with two more planned this year in Newcastle and London. If you would be interested in… [Read More]

Cancer in The Workplace Report: Role of Coaching

Last year Barbara Wilson contributed to a project run by the Economist Intelligence Unit, commissioned by Bristol Myers Squibb, about Cancer in the Workplace. The report concludes that there is significant room for improvement in company policies and practices to strengthen workplace support for those affected by cancer and those steps are: improving access to… [Read More]

In December Barbara attended a parliamentary round table discussion hosted by Bristol-Myers Squibb (BMS).  The meeting brought together Parliamentarians, policy experts and patient groups to consider the implications for patients, employers, the economy and society at large. The event followed a recent report supported by BMS and prepared by the International Longevity Centre – UK (ILC-UK). In Rethinking… [Read More]

Barbara Wilson speaks to ‘Inside Schroders’ about the work that she and her associates are doing to support people affected by cancer, including carers, with returning to work and also about the ground breaking work Working With Cancer is undertaking in collaboration with the Maggies Centres which Schroders is sponsoring. Read Inside Schroders article here